Today, fake news go viral in seconds thanks to global mobile connectivity. Even if their topic is a disease outbreak. This kind of misinformation is rather suited for spreading panic than preventing epidemics. However, as the saying goes, there could be a grain of truth to every rumor.

Imagine, you listen to a rural radio station’s show or read a local newspaper. Media representatives report on an unidentified illness which is suddenly occurring in communities, domestic animals, or wildlife in a quite remote area.

Symptoms are clumsily described in lay terms. The reporters jump to conclusions, traditional cultural believes are mingled with a hint of conspiracy theories.

Instead of shrugging off these news as ill-informed and poorly researched, this piecemeal information could be turned into a valuable alert to an imminent outbreak.

It’s similar to diagnostic assays. For such medical tests, there is usually a trade-off between the measures of sensitivity (the true positive rate) and specificity (the true negative rate).

Analogously, in the face of a potential pandemic, we want to be aware of the slightest sign of a local outbreak, even if it might prove as false alarm later.

Official, established disease surveillance systems guarantee reliability and accuracy of information. However, these strengths cause the weaknesses of traditional outbreak reporting.

How to combine the best of both worlds? A promising approach is to constantly scan all sources of information, official and informal alike. Even the vaguest indication for an imminent epidemic is collected.

However, in order to benefit local and global public health, such rumors have to be critically reviewed, and in the best case confirmed or dismissed by experts.

And that’s why I have just become a Certified EpiCore Member. 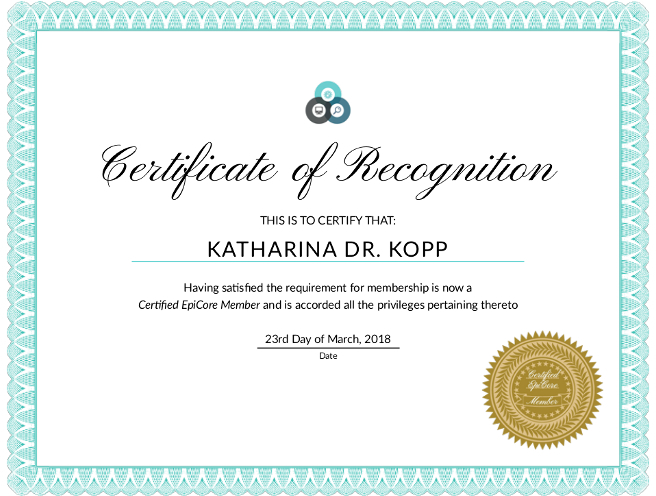